Cory Trepanier at work in the outdoors. Photo submitted.

Landscape painter Cory Trepanier joins a luminary cast of talent at this year’s Canadian Screen Awards with the nomination of his third film “Into The Arctic II” in the category of Best Performing Arts or Arts Documentary Program or Series. In his third docu-film produced for television, Trepanier embarks on a gruelling trek of artistic discovery to 12 remote Arctic locations where the only rule is survival…..all with easel and canvases strapped to his back. Into The Arctic II is airing primetime on both CBC Documentary Channel and HIFI Music & Art, with international distribution. Closer to home, Into The Arctic II shared the vast story of the Arctic on the big screen during a nine-city film tour. Trepanier not only narrates the production, but performs the multiple roles of on-screen host, producer/director and writer/editor, as well as principle cinematographer for large segments of the film. Viewers experience the majesty of the north through stunning visuals and the dramatic experiences of a passionate painter, with the film inspiring others to take their own journey of adventure and discovery. The 2013 Canadian Screen Awards, produced by the Academy of Canadian Cinema and Television, takes place February 27 and 28 at the Metro Toronto Convention Centre, with the final Gala Awards evening, held on March 3 at the Sony Centre, televised with two hours of live CBC coverage hosted by Martin Short. [Ed. note: Short is another Niagara Escarpment artist, originally from Hamilton!]
A fellow of the Explorer’s Club and the Royal Canadian Geographical Society, artist Cory Trepanier is an oil painter and filmmaker, with a passion for capturing Canada’s incredible wilderness on canvas. In 2006, Cory launched his multi-year “Into The ARCTIC” project with the goal of creating a collection of 50 oil paintings from the remote corners of the Canadian North. He has since completed three extensive Arctic expeditions, exploring and preserving magnificent and fragile landscapes on canvas that have seldom been seen or painted before. In addition, Trepanier has shared this land with others through the creation of two films airing on numerous channels in Canada and internationally, including CBC, HIFI, Bravo, Canal D, APTN, and is touring the Into The Arctic II film, presenting the incredible north on the big screen in nine cities to date, with more to come in 2013.
For more information, see www.trepanieroriginals.com; www.intothearctic.com and www.facebook.com/corytrepanier .

Brigitte Schreyer of Burlington, yet another Niagara Escarpment artist, has also been inspired by her visits to the Arctic. See our feature on her for more.
Have you seen Cory’s film or other work? What do you think? Or Brigitte’s? What is the attraction to the Arctic?

This site uses Akismet to reduce spam. Learn how your comment data is processed. 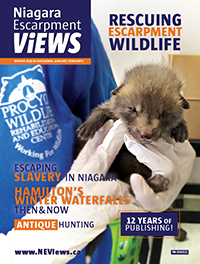 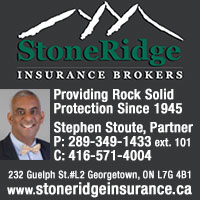 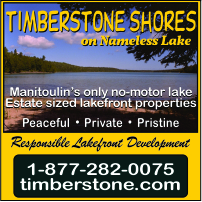